Download This Font
By downloading the Font in Russian Language, You agree to our Terms and Conditions.

1 Cancellaresca Script LET Plain1.0 is a Plain 1.0 TrueType Russian Font. Cancellaresca script is a script that in the 16th century became the vehicle of the New Learning throughout Christendom. It developed during the preceding century out of the antica corsiva, which had been perfected by the scribes of the papal chancery. This Russian font has historical value and depicts the calligraphic design useful for historian and article writers.

Before downloading, you can preview how your desired text looks like by using our "Enter Your Text To Preview" Feature. This feature helps in making our users understand the type of Russian fonts they are downloading and how their text will look like once it is installed. Also, Donot forget to check out the Character Map of 1 Cancellaresca Script LET Plain1.0​​​​​​​ to understand more about the calligraphy design of this amazing and artistic Russian font.


Character Map of this font 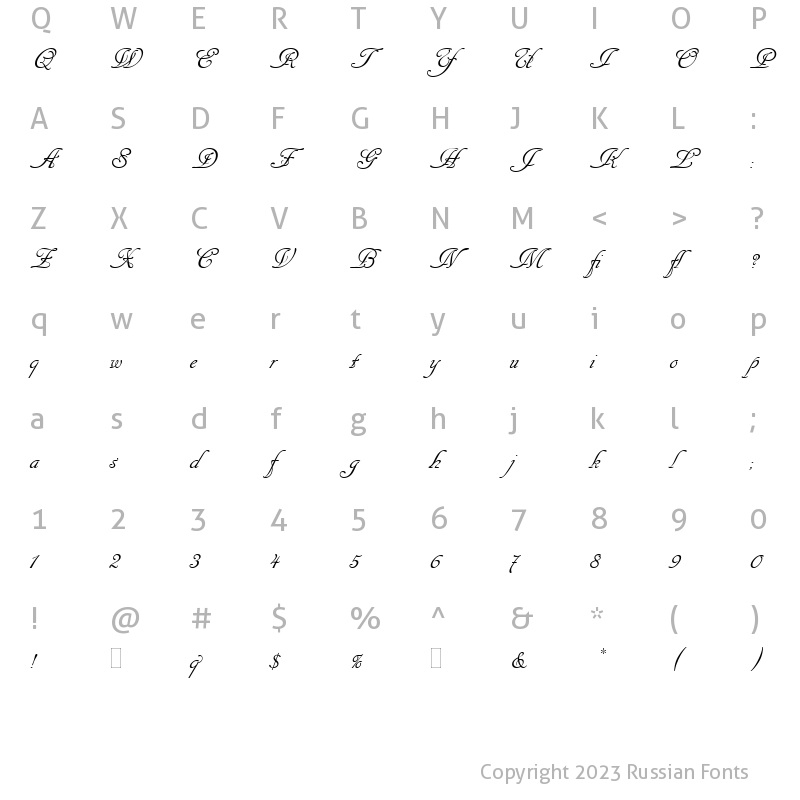